Out Now: A Life in Focus, The Photography of Graham Nash 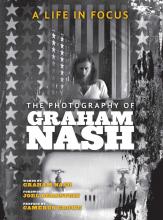 Music legend, photographer, and artist Graham Nash reflects on more than fifty years of an extraordinary life in this extensive collection of personal photographs, paintings, and mixed-media artwork. In this curated collection of art and photography from his personal archive, Graham Nash’s life as a musician and artist unfolds in vivid detail. Best known as a founding member of the Hollies and supergroup Crosby, Stills & Nash, Graham developed a love of photography from the time he was a child.

“Our House” is one of the most beloved songs in the 20th century music canon. In this early demo, you can hear the song as Graham originally recorded it, almost fully formed from the beginning. The Deluxe Edition of Déjà vu features hours of outtakes, alternate versions, and demos from the Déjà vu recording sessions that provide new insight into the process of creating this beloved record. Available everywhere May 14. Pre-order or pre-save now: Pre-order link: https://Rhino.lnk.to/DejaVu50ID​
Continue Reading

“Ivory Tower” was one of Stephen Stills’ contributions to the Déjà vu sessions that was ultimately left off of the final album. The song morphed and changed over the years, and was eventually released on a later Stills’ solo project as “Little Miss Bright Eyes.” Watch to learn more about the history of the song and the Déjà vu sessions. The deluxe version of Deja Vu, featuring hours of outtakes, alternate versions, and demos, is available to pre-order now at https://Rhino.lnk.to/DejaVu50ID​​.

Just in case there were any doubt, Nash makes his choice abundantly clear: “We need to support Joe Biden – it’s that simple,” he says. “Sure, I’ll admit there’s some things about him that I don’t like, but when you compare him to Trump there’s no question in my mind what we should do. We need to elect Biden and turn things around.”

by Andy Kahn - JamBase - Dec 3, 2018   Graham Nash joined Yo La Tengo for a three-song encore Sunday at The Bowery Ballroom in New York City. The Sun Ra Arkestra and Jim White also performed during the opening show of this year's annual 8 Nights Of Hanukkah With Yo La Tengo run.
Continue Reading

Graham Nash On the Importance of Fighting Injustice: 'We Are Better Than This' - Billboard

by Melinda Newman, Courtesy of Billboard Magazine   As political tensions rise ahead of the midterm elections, outspoken artists like Graham Nash are planning events focused on social activism As the government struggles to reunite migrant families separated at the U.S./Mexico border as a result of President Donald Trump's zero tolerance policy, musicians are coming together to support the families seeking refuge.
Continue Reading

Watch “Teach Your Children” HERE via The Atlantic 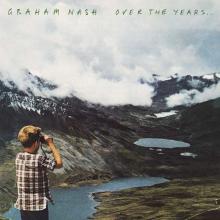 Today, legendary artist Graham Nash released an animated video by New York-based filmmaker, animator, and painter Jeff Scher for the timeless Nash-penned Crosby, Stills, Nash & Young anthem "Teach Your Children.” The political video parallels the social justice issues the U.S. faced in the 1960s with those it faces today. Nash also announced a new batch of North American tour dates in fall 2018 as he continues to support his most recent studio album This Path Tonight (2016) and the June 29th release of Over the Years…, a 2-disc collection of Nash’s best-known songs from the past 50 years and more than a dozen unreleased demos and mixes.

On tour, Nash will be accompanied by longtime collaborator and This Path Tonight producer, Shane Fontayne on guitars and vocals, and former CSN keyboard player and vocalist, Todd Caldwell. Nash and friends will perform songs from his days in the Hollies through his years with Crosby, Stills & Nash and from his beloved solo recordings, weaving anecdotes and tales from his 50-year career throughout the evening.

Social Movements Are Much More Partisan Than They Used to Be

There are definite parallels between today’s protests and those of the 1960s, when Graham Nash wrote his classic anthem, “Teach Your Children.” But increased polarization means changes in tactics and goals.

The rock star Graham Nash had a thought while he watched the “March for Our Lives” gun-control protests led by the survivors of the school shooting in Parkland, Florida, this spring. “We teach our children the best way we can,” he told me this week, “but we have to learn from our children, too, or else we are making a big mistake.”

Graham Nash will join Emmylou Harris, Jackson Browne, Shawn Colvin and Lila Downs at New York's The Town Hall on October 28 as part of The Lantern Tour: Concerts for Migrants and Refugee Families. The Lantern Tour is an intimate evening of acoustic music to benefit the Women’s Refugee Commission and their advocacy on behalf of migrant and refugee families seeking safety at the U.S. border.   Tickets on sale Thursday morning, July 26.   Learn more at TheLanternTour.org
Continue Reading