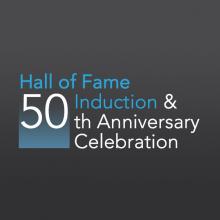 In 2016, Graham Nash was inducted into the International Photography Hall of Fame and Museum (IPHF), which honors notable photographers or industry visionaries for their artistry, innovation and significant contribution to the art or science of photography.   The IPHF is the only organization worldwide that honors those who have had a significant impact on the evolution of photography.
Continue Reading

Carnegie Corporation of New York, established by Scottish immigrant Andrew Carnegie, thanks immigrants for their contributions to America

New York, NY, June 30, 2016––As Americans prepare to celebrate the most patriotic of their holidays on July Fourth, Carnegie Corporation of New York pays tribute to the role immigrants play in strengthening our country and our democratic society. 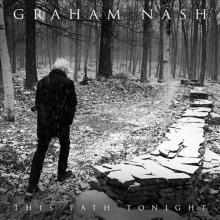 Legendary singer-songwriter Graham Nash has announced a new batch of U.S east coast tour dates in September and October 2016 in support of his new studio album, This Path Tonight, which was released worldwide on April 15. Pre-sales for the new tour dates are available now at www.grahamnash.com, with general ticket sales available on Friday, June 24.

A RETURN to his adopted home city proved a triumphal one for one Graham Nash as he guided an enthralled audience on a tour through a career spanning over 50 years at the heart of rock and roll.

Backed by long time collaborator Shayne Fontayne, he moved seemlessly through the decades kicking off with the Hollies' hit Bus Stop, taking us on a ride on the Marrakesh Express, throwing in plenty of his work with Crosby Stills Nash and Young along the way and also showcasing tracks from his new solo album This Path Tonight.

This Path Tonight - Track by Track

Graham Nash has spent much of his life living in his own shadow. As one-fourth of Crosby, Stills, Nash & Young , one of the world's first and certainly most acclaimed supergroups, Nash has been called "the sane one." The English gentleman. Attention is often stolen by the disbanded group's more mercurial — and frequently warring — louder personalities. But, if the concert Saturday at the Granada Theater proved anything, it's that Graham Nash, solo artist, adeptly commands a room all by his lonesome.
Continue Reading

Nash to perform on the Tonight Show with Jimmy Fallon on Monday, May 9 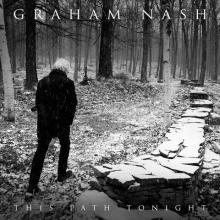 April 26, 2016, Los Angeles, CA: Legendary singer-songwriter Graham Nash, whose new studio album This Path Tonight was released worldwide on April 15, 2016, has seen major international chart success, including landing on seven different Billboard charts in the United States, and reaching his highest charting in the UK in over 45 years. The album has done extremely well on all international charts, including Japan, Holland, Italy, France, and Germany.