Graham Nash has helped shape the world around him through ideas, innovations, and influential works of art for more than four decades.  As a founding member of The Hollies, and Crosby, Stills & Nash - a band that has been called the “voice of a generation,” Graham Nash has made his indelible mark as a music legend. His creativity, however, is vibrantly fluid and, alongside his accomplished career as a musician, he is also an internationally renowned photographer and digital imaging pioneer. The upcoming Morrison Hotel Gallery exhibition, Visual Harmony, offers fans a rare treat to experience Graham Nash’s transcendent photography.

Graham Nash will be appearing at all of Morrison Hotel Galleries to present his newest show of fine art photography, featuring never-before-seen images and a specially selected offering of his most popular prints. Please join us to view these beautifully printed, hand-signed and numbered prints available for your collection. The opening show will be at the The Morrison Hotel Gallery at The Sunset Marquis (1200 Alta Loma Road, West Hollywood, CA) on April 17th.  There will also be a show at the exclusive Mens Market at Hirshleifers at the Americana Mall in Manhasset (2080 Northern Blvd  Manhasset, NY) on April 24th, followed by an April 25th show at MHG’s warmly elegant Soho Loft (116 Prince St  New York, NY). 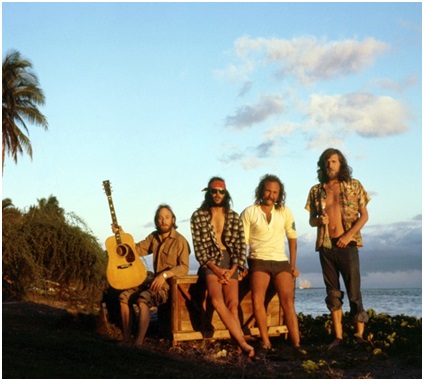 Nash’s exquisite photography is innovative, lyrical, and majestic. His work spans decades and inhabits many creative worlds, extending well beyond rock n’ roll. He incorporates progressive techniques to embolden the work, making his visual aesthetic lushly multi dimensional.
Born in the coastal town of Blackpool, England and raised in Salford, near Manchester, Nash picked up a camera before a guitar; he was inspired by his father, an amateur photographer.  Taking pictures of his family at age 11 proved life changing for Graham, who has said, "That was the first time I realized that I could see things differently.” As a musician he would go onto establish a legendary career. He was inducted into the Rock and Roll Hall of Fame twice - once with Crosby, Stills & Nash and once with The Hollies.  He has been inducted into the Songwriter’s Hall of Fame twice - both as a solo artist and with Crosby, Stills & Nash. But, alongside his successes in music, he’s always pursued his journey as a visual artist. In 1990, his passion for photography led him to establish Nash Editions. His company’s original IRIS 3047 digital printer is now housed in the National Museum of American History at the Smithsonian Institution in recognition of his revolutionary accomplishments in the fine arts and digital printing world.
Morrison Hotel Gallery
Peter Blachley, a former record company executive, music industry professional Richard Horowitz and Henry Diltz, a legendary music photographer, founded the Morrison Hotel Gallery in 2001. In 2012 they were joined by iconic photographer Timothy White, to open a new gallery location at The Sunset Marquis Hotel in West Hollywood, CA. The Morrison Hotel Gallery has become a major brand in fine art music photography and is loved and respected amongst peers and artists alike.
The Mens Market at Hirshleifers
Quality. Integrity. Service. Jacob Hirshleifer opened his store in 1910 based on the principles of selling quality goods and always
putting the customer first. These principles continue with The Mens Market at Hirshleifers, a new concept brand from the Hirshleifer family, focusing on a well-edited changing assortment of fashion and vintage pieces that still educate and inspire. The Mens Market at Hirshleifers is a place to bring people together, where they can spend time listening to Neil Young, hang out and play a vintage Fender Stratocaster, or buy a signed black & white print of the Beatles’ first tour in Hamburg… to be inspired in a sleek, industrial, modern setting. The Mens Market at Hirshleifers focuses on the best selection of American and European designer clothing, shoes, accessories and other products.
Morrison Hotel Gallery
124 Prince Street  ||  New York, NY 10012
212.941.8770
www.morrisonhotelgallery.com
Morrison Hotel Gallery
at the Sunset Marquis Hotel
200 Alta Loma Road  ||  West Hollywood, CA 90069
310.881.6025
The Men’s Market at Hirshleifer’s
Americana Manhasset,
2080 Northern Boulevard  || Manhasset, NY 11030
516.627.3566
www.themensmarket.com
Media Contact
Kiva Kamerling
The Press House
kiva@thepresshouse.com
347. 804. 4675